Since my last post went heavy into things I've realized I haven't given much concrete details on the hows and what's of what might help other people out there with similar symptoms.  SO! Here doth we begineth un grand travail 'bout dem eyezballz.

We're gonna go into eye care for when you have dry eyes.

The thing about dry eyes is that it, like everything else you're probably dealing with, sucks. C'est la vie. You've still got your eyes so lets try and keep 'em in your sockets as long as we can! First off though, I'm not eye specialist and you really should see an Ophthalmologist to make sure everything is covered. Honestly the eyes have, for whatever reason, been this source of knowledge that my brain just doesn't want to think about.  I research Meibomian Glad Defect and the name just sounds so ridiculous my brain shuts off (MBD is basically where the sebaceous glands in your eyes stop producing that oily wonder that sits on top of your tears to prevent them from evaporating away. No tears=dry eyes).

So I'm not really going to go into talking about all the different kinds of dry eye, that is something that you and your Ophthalmologist need to discuss (and you can find lots of information to talk with them on ocular GvH here). Everyone seems to be different in terms of what works for them and what demands must be put on their lifestyles. Some people get off using Restasis and they're good to go. Some people might have great meibomian glands but just not make tears, so lots and LOTS of tear replacement drops are available. I write this in case you, like me, have difficulty wading through what to do.

First and foremost, the single most effective and amazing solution EVER for dry eye. Bobster Bugeye motorcycle goggles.

I could barely deal with getting out of bed before I found these guys. I don't make tears at all, my meibomian glands aren't working right, I've got blepharitis, and boy did these guys solve so many issues.  I can't recommend them enough.  I had these because a dear friend in college gave me his pair when we were moving and I just happened upon them at the same time I started to manifest symptoms.  They act as great moisture chambers as well as keeping the wind out (because when you're eyes are dry even the wind generated from walking forward is painful).  I subsequently went on a search to find more reliable and longer lasting options out there but having spent probably close to 200 dollars in orders and shipping returns, I gave up.

Now the thing about the Bobster Bugeye goggles are that they're cheap.  8 bucks lasts me 2 or 3 months.  The problem is the foam - it's not meant to be worn every waking hour so the sweat (I live in FL) deteriorates it.  But 8 bucks every couple months is fine by me.  I DO NOT recommend getting the "2" version which is the same design but with interchangeable lenses.  Sure it's nice, but it's more expensive and you're gonna end up replacing it in the same time frame.  I have two sets, one clear and one black for when I go outside (because sunlight is harsh harsh harsh and the black doubles as protection after my ECP treatments). The black ones are only for going out so they last much much longer (depending on number of doctor visits).

On the drops, the gels, and the in between gunks that you have to put in your eye.  Here's where things get annoying. It seems there are two groups; the people that don't react well to drops with any kind of preservative in them and those that do. So if you try an artificial tear product in one big bottle and it causes a lot of burning and reddens your eyes you probably aren't good with preservatives.  The site I mentioned earlier recommends using preservative free drops however this was never discussed until I told my doctors that I had found a better response to the individual vials and learned they were preservative free and this was a common complaint. Just saying you might want to start with preservative free and not waste your money.

This is ironic though because there are a number of topical steroidal solutions that they might recommend that aren't even made in preservative free vials.  The go to prescription drop these days is Restasis.  It's great in that it works for a lot of people and probably helped me in the beginning but that doesn't mean it's always the best.  I was blessed to be able to take Restasis in the beginning but I found later that even though they were preservative free, I did MUCH better throughout the day without them.  Stopping helped me on two fronts as I later developed cataracts from using Restasis and Prenosolone drops.

So onto artificial tears. I use Refresh Plus throughout the day (and the best way to keep them close and not be another frustration is to keep them in cigarette cases! They work great and there are tons on amazon to chose from). I can go through upwards of 5+ vials a day when it's real dry.

There are also gels that you should be putting in your eyes when you go to bed. The BEST I've found is Refresh P.M. Only two ingredients and unlike all the other gels I tried it has minimal "congealing effect" as I've come to call it.  With the gels and thicker lubricants, if you're not making tears, they can end up kind of drying out and become really painful and not very helpful. The only way to keep them wet is to keep using lots and lots of artificial tear drops. This is still the case with these and why I don't use them during the day but only at night as my eyes are closed (mostly [1]).

Once a day, usually in the afternoon, I put a drop of Refresh Celluvisc. It makes everything blurry but this is an inbetween; not a gel and not a "tear." It dissipates quicker than the gel does but helps keep things extra moist. Some people need 2 or 3x a day and it wouldn't hurt if I could, but it still makes everything really blurry so what little reading I can do is no longer possible until it dissipates a little. Cooking becomes dangerous. So I try to put 'em in before I have to do something involving my sight. Usually that means after food is ready to eat and I'm just gonna watch Netflix.

Now I have to say, you might notice it's all Refresh products. That's not planned or bias. That's literally just what has worked best for me and my eyes after going through DOZENS of different products from different companies.  I started a sheet where I would write down pros/cons of each of the products I went through.  Refresh just seems to make a product that works best for me.  Those are just regular Amazon Smile links, not referrals or anything.  Another product that I thought worked pretty well was TheraTears Liquid Gel but that had too much "congealing effect" for me.  Another good artificial tear was the Retaine MGD that I used for a LONG time. But then I found Refresh Plus that was not only better but I could buy it locally and not have to wait for shipping.

The other option that is almost a no-brainer to try was punctal plugs. They did this in the clinic for me in roughly 5 minutes. It helps some people, it doesn't help others. It works elegantly by helping to prevent your real or artificial tears from draining too quickly. I kept mine in even though I didn't notice a difference.  Who knows, maybe they started working later as I've gotten improvement over the year since I put them in.  They can be taken out easily enough at any time.

The other important thing to do is hot compresses.  My docs tell me this is pretty much the best thing to do for blepharitis (assuming yours isn't from some kind of infection). It's a great way to relax too so enjoy it!

I want to talk about autologous serum eye drops. Unfortunately, despite the evidence of them being very beneficial, not everyone has access to these. While it's easy enough to get your blood serum separated, it has to be done in proper conditions to avoid contamination (which could lead to serious complications). I'm currently waiting for Mayo Jacksonville to finish building their facilities to handle this which will be GREAT. Serum eye drops are supposed to have lots of nutrients, growth factors and other good stuff to help out dry eye in a big way.

Beyond that I've read a good bit about how androgens (the group of  "male" hormones like testosterone)  play an important role in people that get dry eye from other causes like Sjögren's Syndrome but have yet to see any applications in the world of ocular GvH. Beyond that, the few times I got through to people that were familiar with the benefit told me that it was very difficult to keep stable so they stopped production. Hopefully the future will see more of this, but it's worth bringing up with your doctor in case they "know a guy".  Here's an interesting article with some contact info if you're interested in learning more about this.

Hope some of that helps. Feel free to comment on what you've found works for your Ocular GVHD. Or if you have another dry eye condition like Sjögren's. 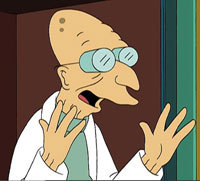 1 - Some people can have dry eye symptoms because they sleep without their eyelids closing completely and making a healthy seal. I did/do this slightly. Some people get relief by wearing eye goggles for sleep like this. I tried a couple different options but none of them worked for me because I often sleep on my side. Plus they just weren't very comfortable for me. I had better luck just getting a dry hand towel and throwing that over my eyes. But lately since I found that Refresh P.M. I haven't had problems with this.

"As Jesus was approaching Jericho, a blind man was sitting by the road begging. Now hearing a crowd going by, he began to inquire what this was. They told him that Jesus of Nazareth was passing by. And he called out, saying, “Jesus, Son of David, have mercy on me!” Those who led the way were sternly telling him to be quiet; but he kept crying out all the more, “Son of David, have mercy on me!” And Jesus stopped and commanded that he be brought to Him; and when he came near, He questioned him, “What do you want Me to do for you?” And he said, “Lord, I want to regain my sight!” And Jesus said to him, “Receive your sight; your faith has made you well.” Immediately he regained his sight and began following Him, glorifying God; and when all the people saw it, they gave praise to God." - Luke 18: 35-43

"That though the radiance which was once so bright be now forever taken from my sight. Though nothing can bring back the hour of splendor in the grass, glory in the flower. We will grieve not, rather find strength in what remains behind." - William Wadsworth

Eye medics’ pediatric eye doctor has over tens years of serving the Fayetteville and Ft.Bragg pediatric population. Besides, they have licensed doctors to treat both adults and children. Vision Care Center

You have a good point here!I totally agree with what you have said!!Thanks for sharing your views...hope more people will read this article!!! Withour having account on instagram, people can see more things with site instagram viewer